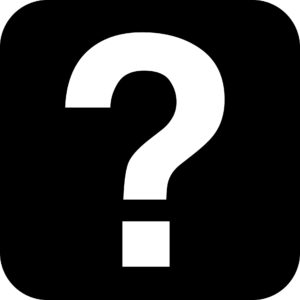 Following my post last week on the EEOC’s latest pronouncement on independent contractor status, it seemed appropriate to follow up with the National Labor Relations Board’s most recent activity on this issue. The Board’s Office of the General Counsel (OGC) released an advice memorandum in which it first reviews the Board’s test for independent contractor status (which is, of course, different than that of the EEOC) and then goes on to assert that the misclassification of employees as independent contractors is a violation of the National Labor Relations Act.  (Curiously, it appears that the OGC actually issued the memo in a pending case, Pacific 9 Transportation Inc., back on December 18, 2015, but it only recently released it to the public on August 26, 2016. I suppose that the Board realized that this is an issue of significant interest to employers!)

The Board’s Independent Contractor Test. In the memo, the OGC notes that, in determining whether a worker is an employee or independent contractor, the Board takes the following factors into account, with no one factor being determinative:

So, while there is some overlap in the factors articulated by the Board and those identified by the EEOC, they are not identical. Both tests, however, note that none of these factors is determinative – as contrasted with the Department of Labor’s test, which turns upon the issue of control (as we discussed in a prior blog post).

Misclassification Is Violation of the NLRA. The memo then states that the misclassification of employees as independent contractors violates Section 8(a) of the National Labor Relations Act. Section 8(a) makes it unlawful for an employer “to interfere with, restrain, or coerce employees in the exercise of” employees’ Section 7 rights to engage in concerted activity regarding the terms and conditions of employment. According to the OGC, because independent contractors are not covered by the Act, an employer who tells employees that they are independent contractors is denying them their rights under the Act. This is a new position being asserted by the OGC – and one that this union-friendly Board is likely to agree with.

What This Means for Employers. There are several lessons to be taken from this memo. First, this is yet another example of the Board’s expansion of its jurisdiction, about which we’ve vigorously complained in prior blog posts. Employers should continue to expect this continued Board overreach, particularly if the upcoming election brings another Democratic administration. Second, as mentioned in last week’s blog, employers should be aware that the test for independent contractor status varies from statute to statute, agency to agency, and jurisdiction to jurisdiction. This is obviously confusing and frustrating, and could lead to the illogical result that an individual could be considered an independent contractor under one law, but an employee under another!