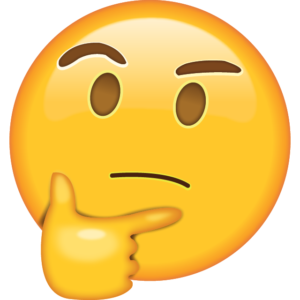 Emojis and emoticons, which we all use to add flavor and emotion to dry, text based communication on our phones, emails, or Facebook messages, have become points of contention in a variety of legal disputes. (For those of us not in the know, emoticons are created from a standard computer keyboard while emojis are more commonly used when texting or using social media.) This phenomenon should not be too surprising, as there are now an estimated 2,600 emojis (and counting) and they are so commonly used that emojis even had their own feature film this summer, The Emoji Movie (albeit to questionable reviews).

Just like any other language, using emojis or emoticons in the workplace could result in liability for the sender.  Since emojis are picture-based, their meaning is open to a variety of interpretations. Emojis can be interpreted as threatening (skull or angry face), harassing or hostile (fruit or vegetable referencing body parts), or even discriminatory (using incorrect skin pigmentation). Drawing from our own experience, a Shawe Rosenthal partner recently handled a case where a supervisor was accused of harassment because he sent the ever popular “winking” emoticon – ;-) – to an employee. She thought it meant he was flirting with her! (That same partner, who shall remain nameless, actually often uses the same emoticon – now she’s worried that we all think she’s been flirting with us!)

A recent Wall Street Journal article highlighted this growing legal trend.  The Journal article mentioned several examples, including a Michigan defamation case where a local elected official was accused of corruption on an internet message board.  The judge found that emoticon in question – :p (which indicates sticking your tongue out) – was used to indicate “a joke or sarcasm” and therefore the comment could not be taken seriously or viewed as defamatory.

All of this obsessing over emojis and emoticons may sound silly but as the Journal article points out, an Australian law school is preparing to publish a 61 page study on the topic in an academic journal.  And the prevalence of emojis and emoticons in lawsuits is only growing.  According to the Journal article, in 2017, emojis or emoticons were mentioned in at least 33 U.S. federal and state court opinions.  That number is trending up from 25 such cases in 2016 and 14 cases in 2015.

Can an employee’s text of a red lipstick emoji to her boss mean that she approved of his advances?  Does a champagne bottle emoji sent to a landlord mean that a couple agreed to rent an apartment?  Does a scowling emoji mean that you are about to lose your job?

Maybe employers should just ban emojis from the office entirely? That seems a bit extreme, but perhaps employers should consider gently informing employees about how the use of emojis or emoticons can alter the tone and intent of their communication and possibly confuse or offend the recipient. Employers may want to advise their employees to use these characters sparingly, if at all, so that their communications remain professional and not open to misinterpretation. Hopefully, following these steps will prevent your emojis from getting the best of you! :)